Latest News
Home /Afghan women are sharing photos of dresses to protest the Talibans black hijab mandate – CNN
In recent days the Taliban has mandated the
segregation of genders in classrooms and said female students, lecturers and employees must wear hijabs in accordance with the group’s interpretation of Sharia law.
On Saturday photos emerged of a group of female students wearing head-to-toe black robes and waving Taliban flags in the lecture hall of a government-run university in Kabul.

Other Afghan women responded by posting pictures of themselves in bright and colorful traditional Afghan dresses — a stark contrast to the black hijab mandate outlined by the Taliban.

Bahar Jalali, a former faculty member of the American University of Afghanistan according to her LinkedIn, helped kick off the picture posting campaign, according to other women who shared photos on Twitter.

Jalali quote-tweeted a picture of a woman in a full black dress and veil and said: “No woman has ever dressed like this in the history of Afghanistan. This is utterly foreign and alien to Afghan culture. I posted my pic in the traditional Afghan dress to inform, educate, and dispel the misinformation that is being propagated by Taliban.”

Other Afghan women soon followed her lead on social media.

Waslat Hasrat-Nazimi, head of the Afghan service at DW News,
tweeted a picture of herself in traditional Afghan dress and headdress with the comment: “This is Afghan culture and this is how Afghan women dress.” 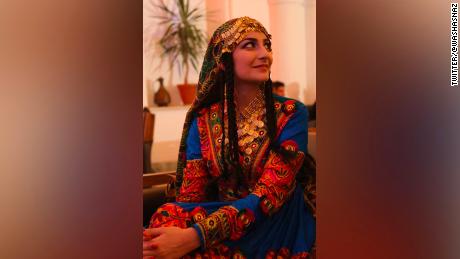 Sana Safi, a prominent BBC journalist based in London,
posted a picture of herself in colorful traditional dress, with an additional comment saying: “If I was in Afghanistan then I would have the scarf on my head. This is as ‘conservative’ and ‘traditional’ as I/you can get.” 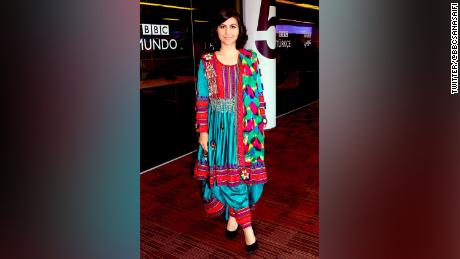 Sodaba Haidare, another BBC journalist,
said: “this is our traditional dress. we love lots of colour. even our rice is colourful and so is our flag.” 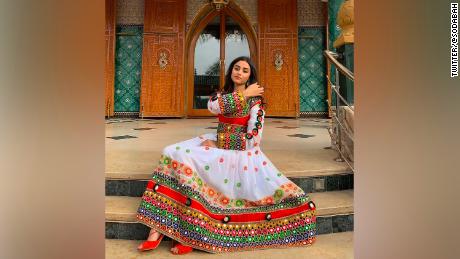 And Peymana Assad, a local politician in the UK who is originally from Afghanistan,
said in a post that: “Our cultural attire is not the dementor outfits the Taliban have women wearing.” 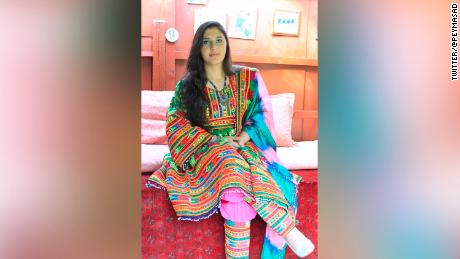 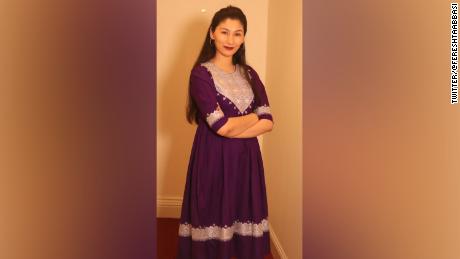 Shekiba Teimori, an Afghan singer and activist who fled Kabul last month, told CNN that the “hijab existed before Kabul’s fall. We could see Hijabi women, but this was based on family decisions and not the government.” 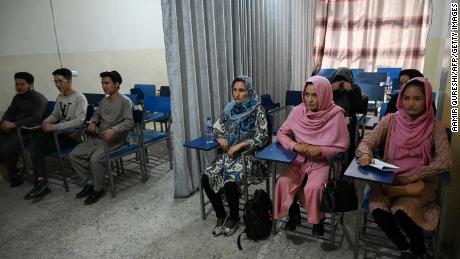 She said that before the Taliban came to Afghanistan, her ancestors were “wearing the same colorful Afghan dresses you see in my pictures.”

The fate of women in Afghanistan has been a major source of concern ever since the Taliban took swift control of the country following the chaotic withdrawal of US and international troops in August.

The Taliban, who ruled over Afghanistan from 1996 until 2001 but were forced from power after a US-led invasion, have historically treated women as second-class citizens, subjecting them to violence, forced marriages and a near-invisible presence in the country.

After they reclaimed the country’s capital last month, the Taliban’s leadership claimed that it would not enforce such draconian conditions this time in power. But the absence of any
female representatives from their newly-formed interim government and an almost overnight disappearance of women from the country’s streets has led to major worries about what will happen next for half of its population.
Original Source