Doctored images of the last two recaptured fugitives circulated on Palestinian social media on Sunday, showing the two men grinning after being captured by Israeli security forces nearly two weeks after their escape.

Iham Kamamji and Munadil Nafiyat, both members of the Islamic Jihad terror group, were apprehended in the West Bank city of Jenin, the Israel Defense Forces said early Sunday. Kamamji and Nafiyat were among six Palestinian security prisoners who escaped from Gilboa Prison in northern Israel earlier this month. The arrests of the two fugitives — a week after the four other escaped prisoners were recaptured in northern Israel — brings to a close a massive 13-day manhunt following one of the worst jailbreaks in Israel’s history.

After the Shin Bet released images of the two men following their capture on Sunday, the photos were doctored to show the nabbed fugitives smiling broadly — just as was done to images of the four men recaptured last weekend.

Among many Palestinians, the fugitives have been widely regarded as “heroes” who succeeded in freeing themselves from multiple life sentences. The jailbreak was followed by heightened tensions in the West Bank, a stabbing attack in Jerusalem, several attempted attacks, and sporadic rocket fire from the Gaza Strip at southern Israel.

Similar images circulated last weekend of the first four escapees to be recaptured by Israeli security forces: Zakaria Zubeidi, Yaqoub Qadiri, Mohammad al-Arida and Mahmoud al-Arida. The doctored photos disseminated of the fugitives after their capture turned their true-life grim and tired expressions into defiant grins to the cameras. 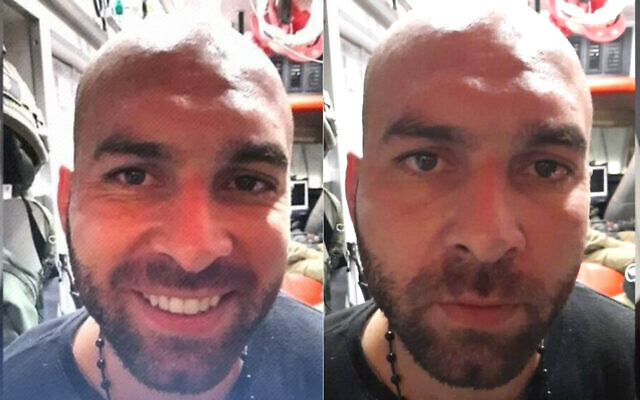 Iham Kamamji in an image from the Shin Bet (right) and one doctored for social media (left). (Shin Bet/Screenshot)

Rioting broke out in Jenin following the predawn arrest raid by Israeli special forces, according to the IDF. There were no reports of Israeli or Palestinian casualties.

However, the threats made by the Islamic Jihad and other Palestinian terror groups that they would forcefully prevent the capture of the two fugitives by Israeli forces did not bear out. The two fugitives did not resist arrest, handing themselves over after Israeli troops encircled the building where they were hiding. 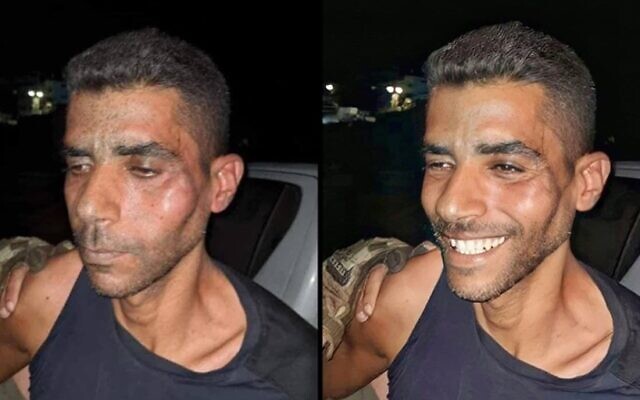 Zakaria Zubeidi seen after being recaptured in northern Israel on September 11, 2021 (left) and in a doctored photo in which he is made to appear smiling. (Courtesy)

Originally from Kafr Dan, near Jenin, Kamamji was arrested in 2006 and jailed for life for the kidnap and murder of a young Israeli, Eliahu Asheri. He expressed pride in the murder at his trial, saying 18-year-old Asheri was “no child” as he had studied at a military academy.

Nafayat, who was arrested in 2020, has been charged with illegal arms dealing. Before the prison break, he was in pretrial detention.

You’re serious. We appreciate that!

We’re really pleased that you’ve read X Times of Israel articles in the past month.

That’s why we come to work every day – to provide discerning readers like you with must-read coverage of Israel and the Jewish world.

So now we have a request. Unlike other news outlets, we haven’t put up a paywall. But as the journalism we do is costly, we invite readers for whom The Times of Israel has become important to help support our work by joining The Times of Israel Community.

For as little as $6 a month you can help support our quality journalism while enjoying The Times of Israel AD-FREE, as well as accessing exclusive content available only to Times of Israel Community members.