NWSL commissioner Lisa Baird and general counsel Lisa Levine have been ousted by the league’s board of directors, according to multiple sources. The moves have been communicated to the league’s players, according to multiple sources, and come one day after a report by The Athletic detailed accusations of sexual coercion against former North Carolina Courage coach Paul Riley.

It is not yet known who could take over in either role.

“This week, and much of this season, has been incredibly traumatic for our players and staff, and I take full responsibility for the role I have played. I am so sorry for the pain so many are feeling,” Baird said hours prior to her ouster, in a statement which also included news that this weekend’s games would not be played.

“Recognizing that trauma, we have decided not to take the field this weekend to give everyone some space to reflect,” the statement continued.

“Business as usual isn’t our concern right now. Our entire league has a great deal of healing to do, and our players deserve so much better. We have made this decision in collaboration with our players association and this pause will be the first step as we collectively work to transform the culture of this league, something that is long overdue.”

The developments come in response to The Athletic‘s report on former players accusing Riley of inappropriate conduct that spanned three teams and three leagues, beginning in 2011. Hours after the story came out, the Courage terminated Riley for his “very serious allegations of misconduct.”

After the news broke on Thursday, players from around the league criticized the NWSL’s response, saying the league had been made aware of Riley’s conduct on multiple occasions and failed its players.

“Never once during this whole time was the right person protected,” OL Reign and USWNT star Megan Rapinoe said in a tweet.

FIFA said Friday in a statement that it is “deeply concerned” and actively looking into the allegations made by the players against Riley. The worldwide governing body of football said it will be reaching out to U.S. Soccer and the NWSL for “further information about the various safeguarding concerns and allegations of abuse that have been raised.”

“When it comes to misconduct in football, we would like to reiterate that FIFA’s position is clear: anyone found guilty of misconduct and abuse in football shall be brought to justice, sanctioned and removed from the game,” FIFA said in its statement. “FIFA takes any allegation of misconduct reported to it extremely seriously and will continue to cooperate together with the relevant national and international authorities on any allegation or report that is made in confidence to FIFA about abuse or misconduct in football.”

U.S. Soccer is also launching an investigation, it said Friday in a statement. U.S. Soccer played a role in establishing the NWSL in 2013 and provided administrative support to the league until it became fully independent in 2020.

“We take seriously our responsibility to vigorously investigate the abhorrent behavior that has been reported and gain a full a frank understanding of the factors that allowed it to happen, and the changes that should be made to make sure it does not happen again,” U.S. Soccer said in a statement.

U.S. Soccer said it is working to engage an investigator with “deep experience with high-profile allegations of workplace misconduct,” and that the investigator will be given full autonomy to follow the facts and evidence wherever they may lead. The organization is committed to sharing the results of the investigation following its conclusion.

“We owe it to each athlete, each fan and the entire soccer community to take every meaningful action in our power to ensure nothing like this ever happens again,” U.S. Soccer president Cindy Cone said in a statement.

For more on the allegations against Riley, you can read The Athletic’s full story here.

Follow our live blog as we gather reactions and news related to the revelations shared in this story. 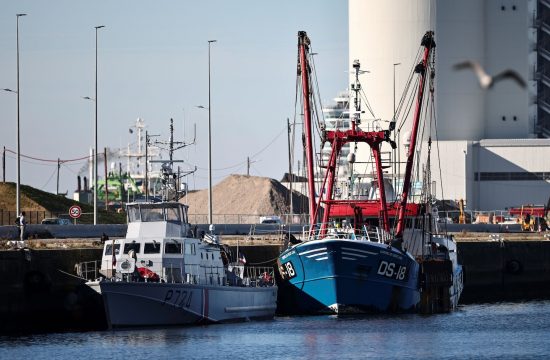