The menu served up at this year’s U.N. climate summit in Glasgow was criticized by some activists who pointed to at least one item that had a significantly larger carbon footprint than the average meal in the U.K.

“Meat and fish on the menu at #COP26?!” Joel Scott-Halkes, a climate activist and founder of wildcard.land, posted. “This is the equivalent of serving cigarettes at a lung cancer conference. Only when governments grasp animal agriculture’s central role in the #climate crisis will we stand a chance of solving it.”

The Hill reported that COP26 released the menu online for all to see and showcased the carbon impact. The website pointed to one item, the haggis dish, that was twice the carbon footprint of the average meal in Great Britain. There was a separate menu for burgers and half of which had about the same footprint as the haggis dish, the report said. 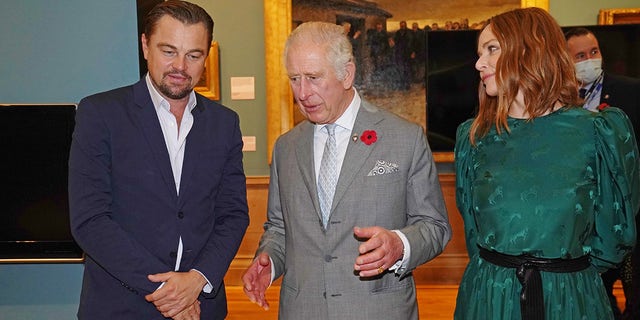 Prince Charles, Prince of Wales speaks with Leonardo DiCaprio as he views a fashion installation by designer Stella McCartney, at the Kelvingrove Art Gallery and Museum, during the COP6 summit being held at the Scottish Event Campus (SEC) on Nov. 3, 2021, in Glasgow. (Photo by Owen Humphreys-WPA Pool/Getty Images)
(Getty)

The menu pointed out that 95% of the food that was served was locally sourced and seasonal.

“Many of our suppliers are based within 100 miles of Glasgow, which supports our aspirations of delivering a lower carbon menu,” the menu read. About 40% of the options were plant-based and “plant-forward alternatives.”

The average meal in the U.K. has a carbon footprint of 1.7 kg, according to the menu’s organizers.

GET THE FOX NEWS APP

“According to the WWF, we need to get this number down below 0.5 kg CO2e to reach the goals defined in the Paris Agreement,” the menu said. “By including climate labels on our menus, we aim to make it easier to achieve this goal – together.”

The vast majority of items on the menu were at or around that goal.