House to vote on

Build Back Better bill after

WASHINGTON ― House Democrats approved their sweeping social spending and climate bill on Friday, taking a big step forward toward enacting the second half of President Joe Biden’s legislative agenda after he signed the infrastructure bill into law earlier this week.

The vote on the Build Back Better Act occurred on a nearly party-line basis, with every Republican and one Democrat opposed. The legislation now heads to the Senate, where changes are expected in order to get all 50 Democrats on board and avoid a filibuster.

In remarks shortly before the vote, House Speaker Nancy Pelosi Pelosi (D-Calif.) called the Build Back Better bill “historic, transformative, and bigger than anything we’ve done before.”

The $1.7 trillion in spending over 10 years is aimed at lowering the cost of health care, child care and other measures, including another year of monthly payments to parents, universal pre-kindergarten and prescription drug reform. The biggest chunk of the bill is dedicated toward addressing the rising threat of climate change, with several provisions aimed at boosting renewable energy.

Democrats brushed off a Congressional Budget Office analysis finding the bill wouldn’t be fully paid for by tax increases as promised. They argued the bill’s IRS enforcement provision would raise far more money than the analysis suggested.

Republicans focused most of their criticism on the overall cost of the bill despite pushing through more than $2 trillion in deficit-financed tax cuts in 2017, saying more spending would worsen the rising prices that have cratered consumer sentiment in recent weeks, even amid falling unemployment and rising wages. And they pointed out that Democrats made most of the programs in the bill temporary as a budget gimmick.

“We don’t have trillions of dollars to spend on programs that will never go away,” said House Minority Leader Kevin McCarthy (R-Calif.) during a rambling eight-hour speech that began Thursday evening, delaying passage of the bill until early Friday. “The American people understand what this out-of-control spending will do, because they felt it from the very first bill you passed. You created inflation.”

While Republicans pointed to the CBO score as a reason to oppose the bill, Democratic moderates who objected to passage of the bill earlier this month over a lack of fiscal information joined with their colleagues in voting to approve the measure.

Some of the bill’s tax provisions remain unsettled despite the vote in the House, however. The House bill would raise a limit on federal deductions for state and local tax payments, a provision that would overwhelmingly favor wealthy homeowners with high property taxes. The change had been demanded by a handful of Democrats from high-tax states like New Jersey, New York and California.

Only one Democrat, Rep. Jared Golden of Maine, voted against the bill because of the SALT provision. The congressman didn’t rule out voting for it if it comes back from the Senate with the changes he is seeking.

House progressives dislike the millionaire tax cut as well, but said the final version of the legislation would include a Senate version of the SALT provision that would disallow households with incomes above a certain threshold from taking the deduction.

The spending side of the bill isn’t final yet, either. Sen. Joe Manchin (D-W.Va.), for example, still hasn’t committed to voting for legislation that costs more than $1.5 trillion over 10 years. Manchin has concerns about additional federal spending on inflation, which is on the rise and contributing to higher prices on consumer goods.

The coal-state senator is also reportedly opposed to a proposed fee for methane emissions, as well as other climate measures in the bill.

Sen. Bernie Sanders (I-Vt.), meanwhile, says he wants to see the legislation “strengthened.” The version of the bill the House passed expands Medicare insurance as the senator has called for, but it does not cover the cost of new dental and vision benefits as Democrats initially proposed.

“The American people overwhelmingly demand that we expand Medicare to cover dental, eyeglasses and hearing aids. That’s what we must do,” Sanders said in a statement on Friday.

The Senate is expected to take up the bill next month, following a weeklong Thanksgiving holiday recess. Whatever version of the bill it passes ― if Democrats are indeed able to unify around one ― the House will need to approve it once more before sending the bill to Biden’s desk.

“As soon as the necessary technical and procedural work with the Senate Parliamentarian has been completed, the Senate will take up this legislation,” Senate Majority Leader Chuck Schumer (D-N.Y.) said in a statement on Friday. “We will act as quickly as possible to get this bill to President Biden’s desk and deliver help for middle-class families.”

This article originally appeared on HuffPost and has been updated.

The House of Representatives is in session and the members are wrapping up debate and some other business before intending to vote on the Build Back Better Act, the flagship piece of legislation of Joe Biden’s presidency so far.

House Speaker Nancy Pelosi is on her feet now, promising a brief speech, to weary giggles around the chamber.

Republican minority leader Kevin McCarthy spoke for a record 8.5 hours overnight. To be exact, Politico reports, he began his speech at 8.38pm on Thursday and didn’t stop until 5.10am this morning, thus missing the historic lunar eclipse.

Pelosi, in a white suit, is now going through some of the benefits of the legislation, promising to create good paying work. “Jobs, jobs, jobs, jobs, a four-letter word,” Pelosi just said, to weak applause. It’s clear lawmakers are exhausted, but there are also whoops and smiles throughout the Democratic side of the aisle.

The bill is designed, per the speaker, to improve social protection programs, with more support for children, free preschool education for children under the age of five and paid family leave, in ground-breaking spending. And programs to mitigate the climate crisis.

But Senate moderate Democrat Joe Manchin is against including paid leave in the legislation and if the House passes this bill shortly it faces a fresh storm when it goes back to the upper chamber. Manchin already forced the removal of the most radical climate change program from the bill.

Senate Republicans are, so far, united against it. And Democrats Manchin of West Virginia and one of Arizona’s Democratic senators, Kyrsten Sinema, are expected to try to reduce its top-line total of almost $2tn.

So it has a way to go. But Democrats in the House are buoyant over a bill that has been months in the making and now appears about to pass. 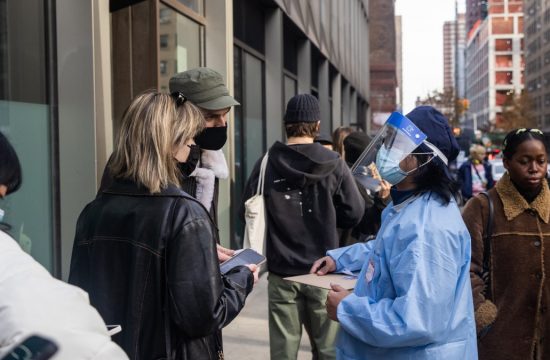