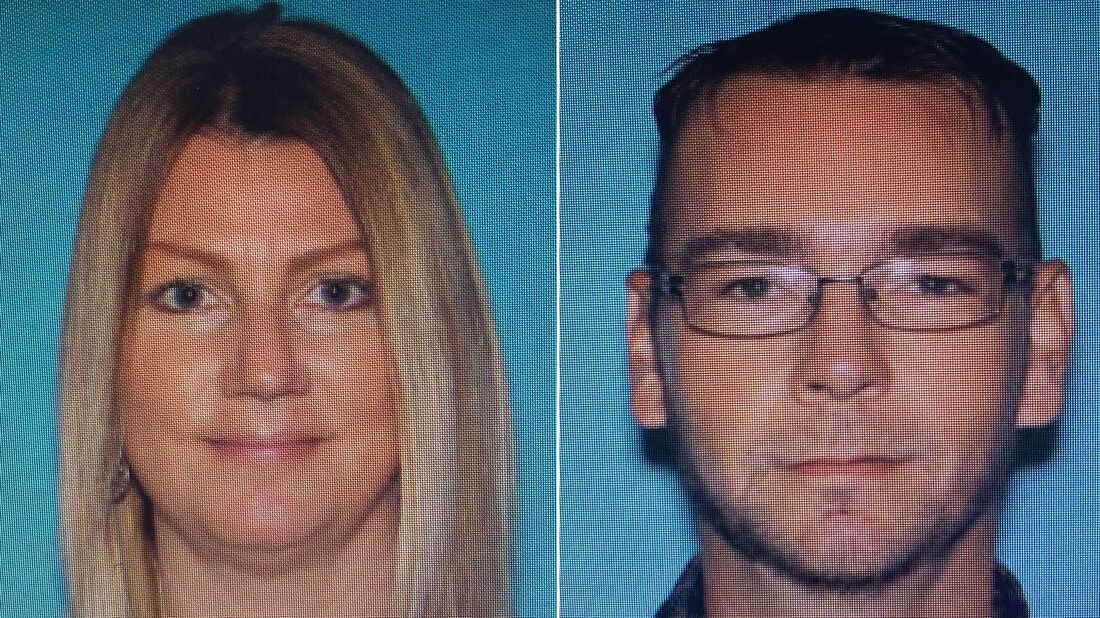 Jennifer Crumbley and James Crumbley are pictured in a handout from the Oakland County sheriff’s office when law enforcement were searching for the couple Friday. 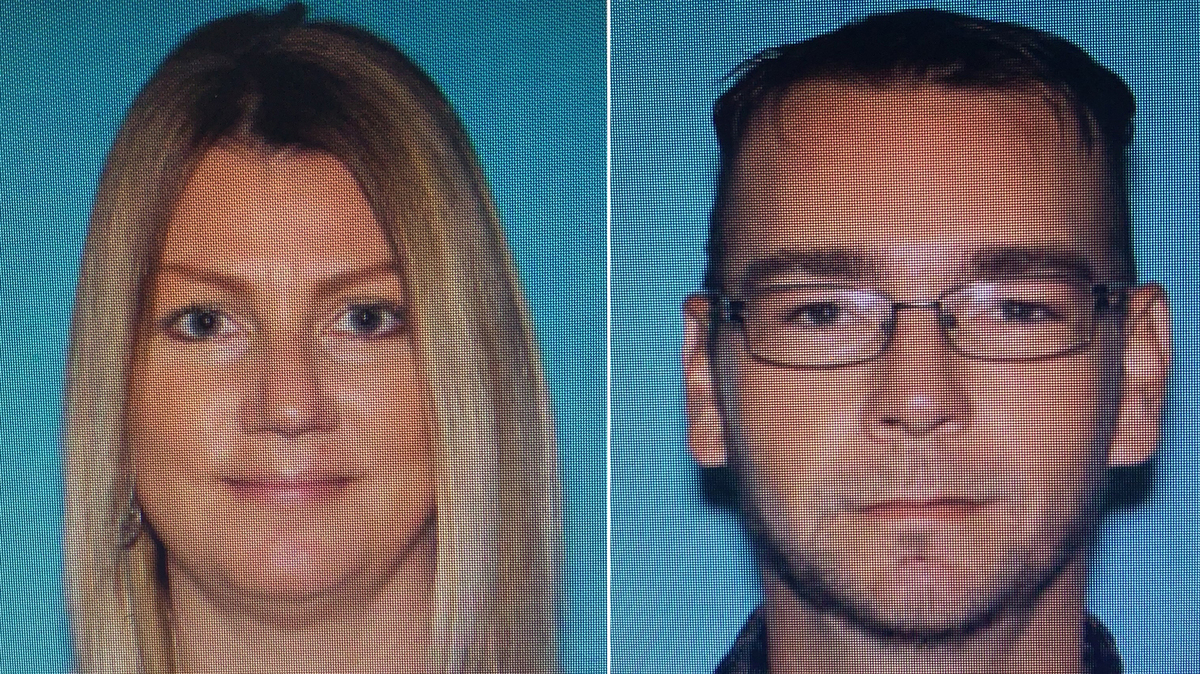 Jennifer Crumbley and James Crumbley are pictured in a handout from the Oakland County sheriff’s office when law enforcement were searching for the couple Friday.

After a hours-long manhunt led to their arrest overnight in Detroit, the parents of the 15-year-old boy accused of fatally shooting four students at a high school in Michigan have pleaded not guilty to manslaughter charges connected to the deaths.

“This case is the saddest, most tragic, worst case imaginable. There is absolutely no doubt that our clients were going to turn themselves in, and it was just a matter of logistics,” Shannon Smith, a lawyer representing the pair, said during the arraignment.

A judge has set their bond at $500,000 each. Both parents face four counts of involuntary manslaughter, related to the mass shooting in Oxford, Mich., about 40 miles north of Detroit. Each count is punishable by up to 15 years in prison.

James Crumbley, 45, repeatedly shook his head as prosecutors spoke, while Jennifer Crumbley, 43, began crying as the judge read aloud the manslaughter counts — one for each of the four students killed at Oxford High School.

“They are absolutely taking this case seriously. They are devastated by the events in the Oxford case,” said Mariell Lehman, another defense attorney. “The facts are not what has been presented to the court and to the public.”

Prosecutors urged the judge to set a high bond amount, arguing that the pair represented a flight risk after an afternoon spent evading law enforcement and withdrawing thousands of dollars in cash from an ATM.

“They sought multiple attempts to hide their location and were eventually tracked down after they parked their car somewhere a witness saw it,” said Oakland County prosecutor Karen McDonald.

“These two individuals were found locked somewhere in a room, hiding. These are not people that we can be assured will return to court on their own,” she said.

The Crumbleys joined the arraignment by videoconference from the Oakland County Jail, in their first public appearance since prosecutors announced the charges Friday at noon.

“While it’s human nature to want to find someone to blame or something to point to or something that gives us answers, the charges in this case are intended to make an example and send a message,” said Lehman and Smith, in a statement sent to NPR just before the arraignment began. “The prosecution has very much cherry-picked and slanted specific facts to further their narrative to do that.”

The Crumbleys were each charged with four counts of involuntary manslaughter after the events of Nov. 30, when authorities say their 15-year-old son, Ethan, fatally shot four people, all fellow students, and wounded seven others. 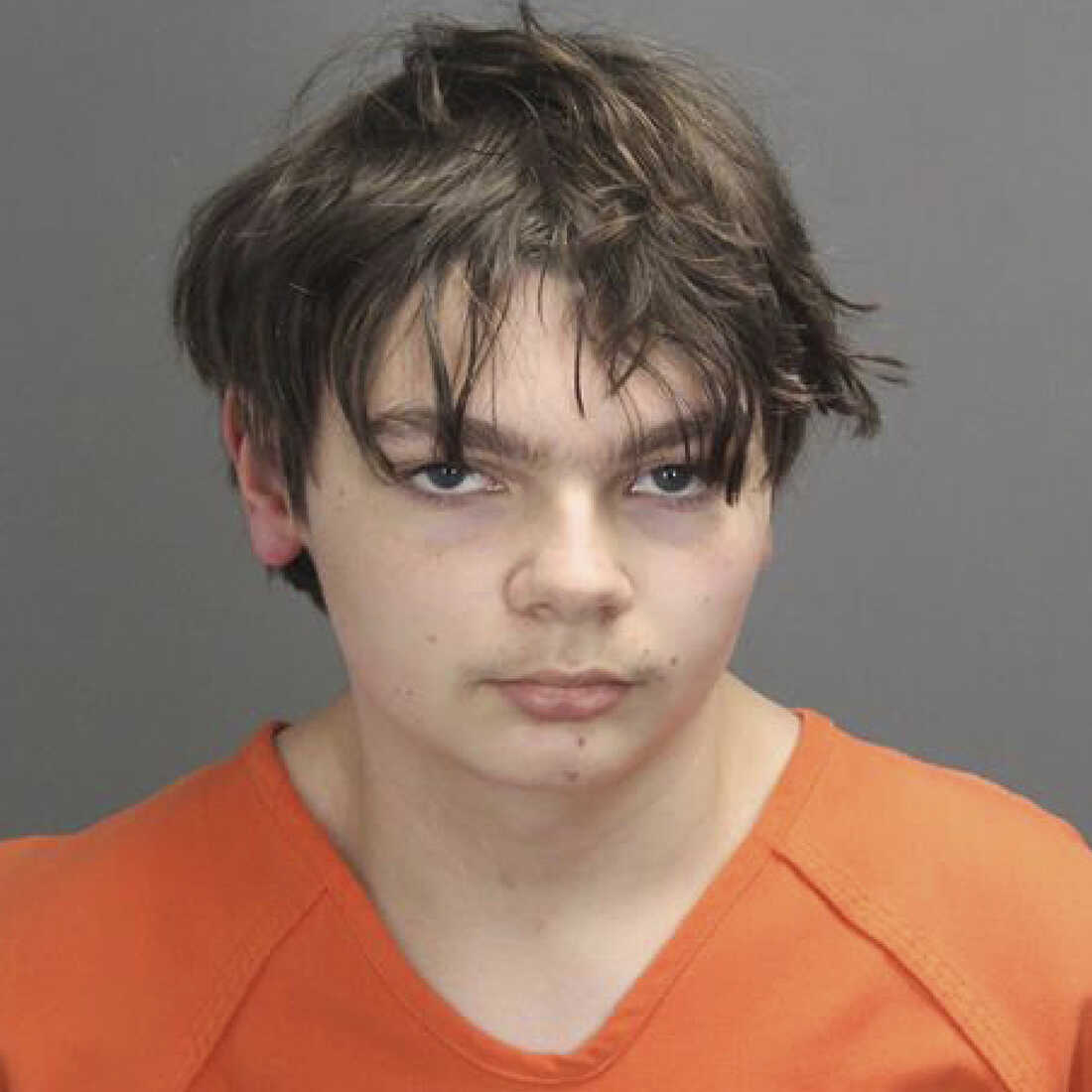 Ethan Crumbley, 15, is charged as an adult with murder and terrorism for killing four fellow students and injured more at Oxford High School in Oxford, Mich. 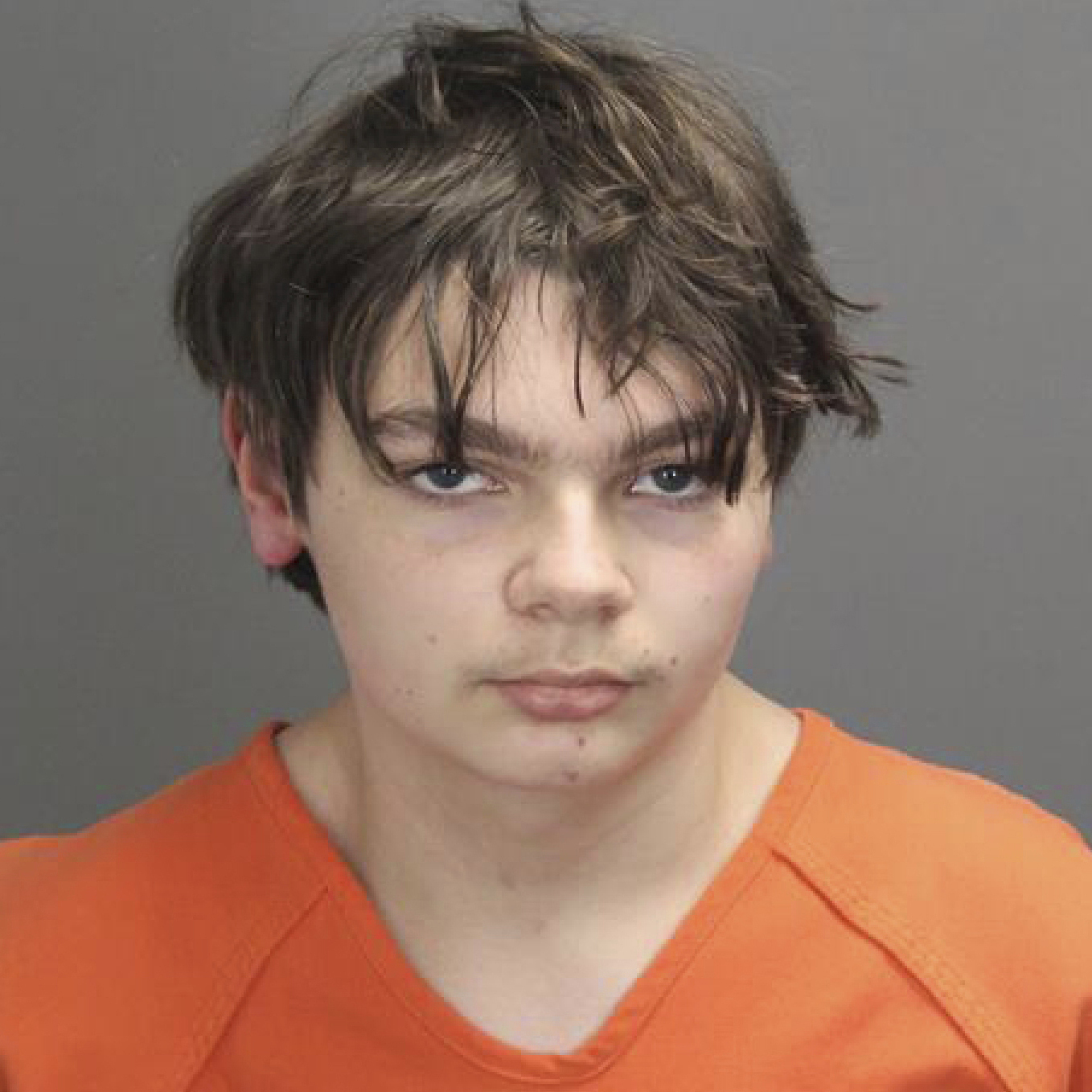 Ethan Crumbley, 15, is charged as an adult with murder and terrorism for killing four fellow students and injured more at Oxford High School in Oxford, Mich.

In a news conference Friday, prosecutors said that James Crumbley had purchased the gun used in the shooting, a Sig Sauer 9 mm pistol, on Black Friday as an early Christmas gift for his son.

Prosecutors said the Crumbleys stored the gun “unlocked in a drawer in their bedroom,” a characterization that defense lawyers disputed Saturday.

After the purchase but before the shooting, school authorities twice raised concerns about Ethan Crumbley’s behavior to his parents, prosecutors said, including in a meeting with them earlier that Tuesday.

But the Crumbleys refused to take their son home and did not ask him about the gun or inform the school that they had purchased it, according to prosecutors.

On Friday afternoon, law enforcement authorities in Michigan issued a statewide “be on the lookout” alert for the pair and their vehicles. 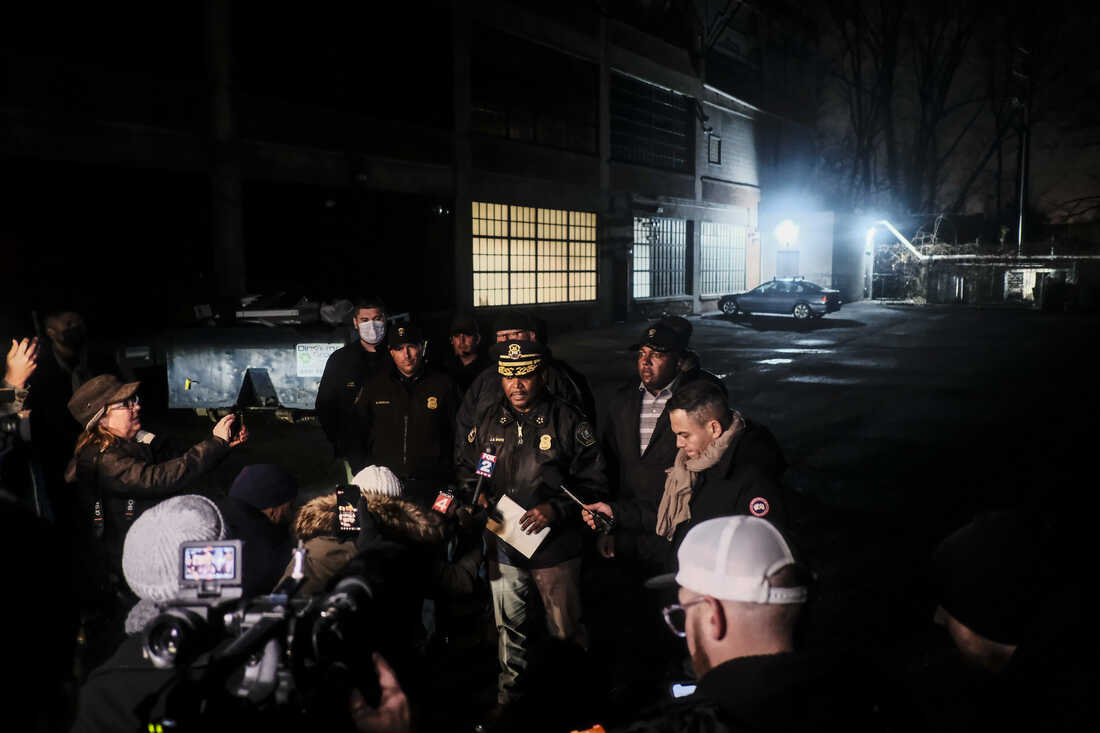 Detroit Police Chief James White said that authorities are looking into whether James and Jennifer Crumbley received assistance getting into the building they were found hiding in. 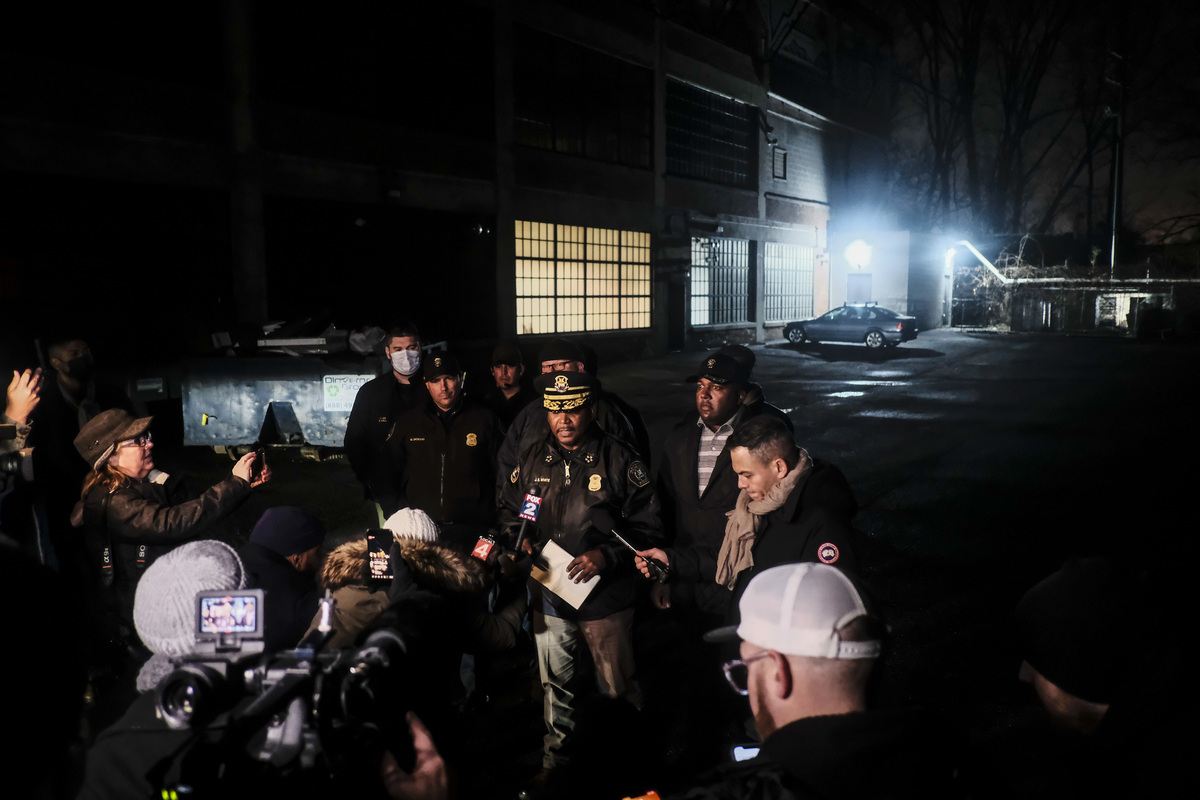 Detroit Police Chief James White said that authorities are looking into whether James and Jennifer Crumbley received assistance getting into the building they were found hiding in.

Around 10 p.m. Friday, Detroit police received a tip that the Crumbleys’ car had been spotted near a large commercial building on the east side of downtown Detroit, according to Detroit Police Chief James White.

Police searched the building and found the Crumbleys “hidden inside one of the rooms,” White said. The pair were taken into custody overnight.

If released on bond, the Crumbleys will be required to surrender all weapons to the Oakland County sheriff’s office and wear a GPS device that will allow them to travel only to work, court hearings, medical appointments and attorney meetings.

The younger Crumbley faces charges of terrorism, murder and assault with intent to murder. He was denied bail and pleaded not guilty to all charges.

Police in Detroit said that the Crumbleys had been aided in entering the building by a third party who “let them in.” An investigation is ongoing.

“We are working an angle on one other person who may have been assisting them,” White said. “Absolutely they could be facing charges, absolutely.” 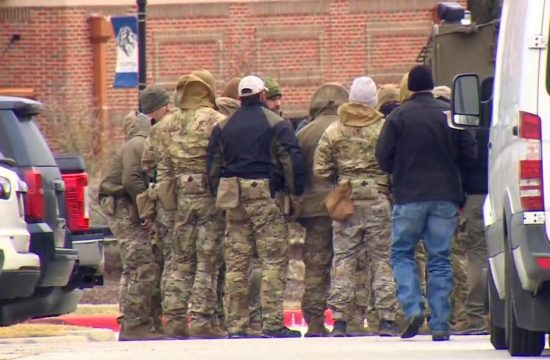