The investigation against Malik Faisal Akram was closed when investigators considered him to no longer be a threat, the official said.

Details about what led to that UK probe weren’t immediately available. 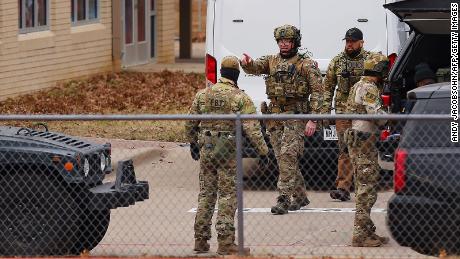 The FBI is investigating Saturday’s incident as “a terrorism-related matter, in which the Jewish community was targeted,” the agency has said. Investigators believe Akram was motivated by a desire to see the release of a convicted terrorist who is serving an 86-year federal prison sentence in Fort Worth, Texas, they’ve said.
That prisoner, Aafia Siddiqui, was found guilty of attempted murder and other charges in a 2008 assault on US officers in Afghanistan. She was not involved in the Colleyville attack, her attorney said Saturday.

US authorities base their belief about Akram’s motivation on discussions with him during hostage negotiations and from audio of a livestream of the Sabbath service that captured the hostage-taking, they have said.

Investigators are looking into how Akram traveled from New York to Texas. 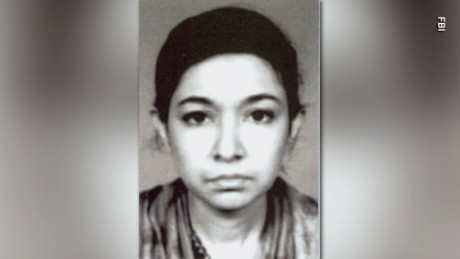 Between January 6 and 13, Akram spent three nights at Union Gospel Mission Dallas, a homeless shelter, according to shelter CEO Bruce Butler. “We were a way station for him,” he said. “He had a plan. He was very quiet. He was in and out.”

Akram left the mission for the last time Thursday, according to their records.

Akram’s brother said the family is “absolutely devastated” by his actions and they “apologize wholeheartedly to all the victims,” he wrote in a statement on Facebook, adding the family was in contact with police during the incident. Akram suffered from mental health issues, the statement said without elaborating.

At a healing service Monday night at a United Methodist church, the rabbi who was among the four taken hostage described his emotions about his escape with a quavering voice.

The enormity of the ordeal in Colleyville — being held at gunpoint for hours and making a bold but terrifying escape — is difficult to process, Rabbi Charlie Cytron-Walker said, but a wave of support from his community and the others around the world left him optimistic that his congregation will recover.

“I’m so grateful, so unbelievably grateful, tonight — unlike every other service like this that I have done — we will not be saying our traditional prayer for mourning,” Cytron-Walker told a crowd gathered at a healing service at White’s Chapel United Methodist Church and thousands of supporters watching a livestream of the event.

Saturday’s attack “could have been so much worse, and I am overflowing, truly overflowing with gratitude,” Cytron-Walker said Monday.

Members of the congregation who were held hostage credited security courses, including active shooter training, with helping them get through the ordeal.

“This training saved our lives,” Jeffrey Cohen, the vice president for the board of trustees at Congregation Beth Israel, wrote in a Facebook post. “I am not speaking in hyperbole here — it saved our lives.”

The rabbi acknowledged the trauma of the incident expands beyond those who were trapped in the synagogue to all members of the congregation, including some who watched it unfold on a livestream of the Sabbath service.

“At any moment, I thought there was going to be a gunshot,” Stacey Silverman, a member of Congregation Beth Israel, told CNN of watching the livestream, which had been set up so people could watch services from home during the Covid-19 pandemic.

Hostages describe how they made their escape

As the hours ticked by, he “became increasingly belligerent and threatening,” Cytron-Walker has said.

When the gunman began yelling and congregants realized they were hostages, Cohen said he quickly dialed 911, put the phone face down, and followed the hostage taker’s directions. 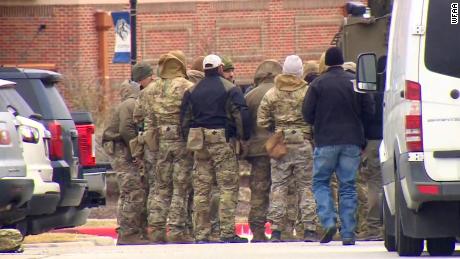 “But not exactly as commanded,” he said on Facebook. “Instead of going to the back of the room, I stayed in line with one of the exits.”

As the hours went by, Cohen said he began to slowly move a few chairs in front of himself. “Anything to slow or divert a bullet or shrapnel,” he said.

Throughout the hostage situation, Cohen said they all worked to keep the gunman engaged in conversation. “As long as he was talking and somewhat calm, we bought the FBI time to position.”

One of the hostages was released unharmed around 5 p.m., Colleyville police said.

Hours later, Cytron-Walker saw his opening. “When I saw an opportunity where he wasn’t in a good position, I made sure the two gentlemen who were still with me that they were ready to go. The exit wasn’t too far away,” he told CBS News. “I told them to go. I threw a chair at the gunman and I headed for the door, and all three of us were able to get out without even a shot being fired.”

An FBI team killed the suspect after the hostages made their escape around 9 p.m.

Faith-based communities will continue to be targets of violence, federal officials warn

Akram spoke about Siddiqui, the federal prisoner in Fort Worth, Cohen told CNN. 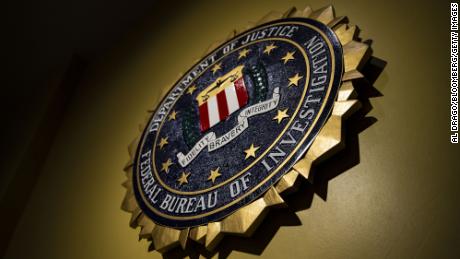 “I wish I had a magic wand. I wish I could take away all of our pain and struggle,” Cytron-Walker said at the healing service. “I know that this violation of our spiritual home was traumatic for each and every one of us. And not just us. In the road ahead, this is going to be a process.”

Top officials from the bureau and the Department of Homeland Security warned in a letter Monday that, “Faith based communities have and will likely continue to be targets of violence by both domestic violent extremists and those inspired by foreign terrorists.”

Online forums linked to domestic violent extremists have referenced Jewish targets tied to conspiracy theories about Covid-19, the outcome of the 2020 election and “even the Taliban takeover of Afghanistan and resettlement of Afghans to the United States,” according to the letter obtained by CNN.