“We believe that it’s important that Black women show our appreciation to the President for unequivocally keeping his word on this promise that he made during the campaign and to lay down a marker that says, ‘This woman, we will have her back,'” Karen Finney, a senior Democratic strategist and CNN contributor who helped craft the letter, told CNN in an interview. “It’s also an expression joy.”

The letter applauded Biden for “seizing this moment in history to lead with a vision of America at its best and ensuring that the leadership of our democracy reflects a diversity of lived experiences at the highest levels.”

“Nominating a Black woman with the necessary compassion, sense of justice, and brilliant legal mind will bolster the integrity of the Supreme Court by bringing about a balance that ensures the court is more representative of all Americans,” the letter reads.

Biden on Thursday committed to the historic nomination, fulfilling a campaign promise he first made in South Carolina, tapping into a state where Black women voters make up a sizable portion of the electorate. The pledge helped him secure notable endorsements in the state, propelling him to victory, but also recognized the wishes of Black women political leaders whose power was skyrocketing and demanded the Democratic party respond in kind.

“The person I will nominate will be someone with extraordinary qualifications, character, experience and integrity. And that person will be the first Black woman ever nominated to the United States Supreme Court,” Biden said on Thursday. “It’s long overdue in my view. I made that commitment during the campaign for President, and I will keep that commitment.”

Melanie Campbell, president of the National Coalition on Black Civic Participation, who helped lead the crafting of the letter, thanked Biden during an interview with CNN for keeping his word as “a lot of times with politicians that doesn’t happen.”

“In 233 years, there’s never been one,” Campbell said of a Black woman Supreme Court Justice. “That means that that lived experience of Black women has never been represented on that court.”

Now that their representation has become real possibility, she and a coalition of influential Black women — consisting of a wide swath of prominent political figures and friends of Biden that had an outsized role in persuading the President in private and public to choose a Black woman as his vice president — are readying themselves for what comes next.

Campbell said the letter is meant to elevate the names of Black women thought to be on Biden’s shortlist of potential nominees that have been circulating Washington well before Justice Stephen Breyer’s retirement plans became public. 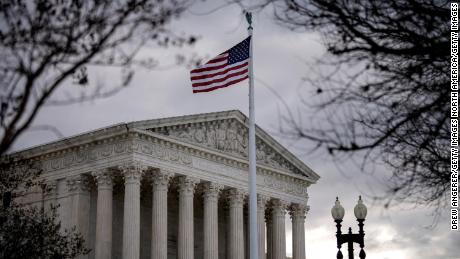 The nomination will provide the country with another example of a Black women leader. Despite Vice President Kamala Harris’ groundbreaking election, the country currently has no Black governors or Black female senators.

But already some the potential nominees have been labeled as “radical” by Republican lawmakers who’ve criticized the president’s pledge or cast the eventual nominee as a “beneficiary” of affirmative action. 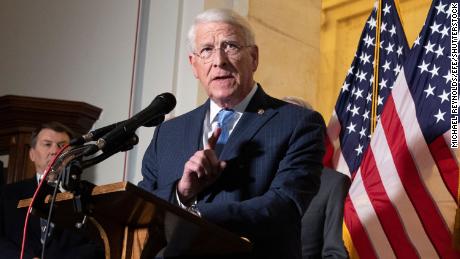 Preparing for the onslaught, Black women leaders are looking to set the terms of what will and will not be tolerated. The goal, Brown said, is to uplift the women’s character and qualifications.

“Baseline is a highly qualified Black woman. We’ve been in this game enough, we’ve been in this nation long enough, that we present our best always,” LaTosha Brown, co-founder of the Georgia-based Black Voters Matter, told CNN. “We’re not going to be in the conversation that we’re proving that we’re qualified. That’s a distraction.”

‘Black women are taking control of the narrative’

Organizing between Black women and other stakeholders is happening on video calls and phone calls, those involved with preparations told CNN. Information with potential candidate’s backgrounds is being distributed, serving as an education campaign for the legions of women and men ready to come to the nominee’s aid if necessary.

“Tactically, we know (Republicans) are going to throw everything they can at her and make it ugly,” one source familiar with Democrats’ thinking told CNN. They see Republicans’ playbook to delegitimize the eventual nominee forming in real time.

And that’s exactly why having a Black woman Supreme Court justice is necessary, they say, as race and gender have yet to be fully dealt with in this country.

“In this moment, Black women are taking control of the narrative about who we are as leaders in this country, about what we feel is the lived experience, the expertise that we bring to the table,” Finney said.

The women say they’ve learned from moments in history where Black women were up for nominations and went through grueling confirmation processes, such as Loretta Lynch when she was nominated by former Barack Obama as attorney general in 2014. Or Lani Guinier, whose nomination for assistant attorney general was withdrawn by former President Bill Clinton in 1993 after conservatives launched a disparaging campaign against her. And even last year’s nomination of Kristen Clarke to the same position as Guinier.

Donna Brazile, a veteran Democratic political strategist who advocated for Biden to choose Harris as vice president, said the focus should remain on what’s actually important for an appellate judge.

“The focus should be on her judicial temperament. Justices take an oath of office, a sworn oath to be impartial. And like other public servants, they take an oath to the Constitution. Any other conversation is what I call political drama,” Brazile told CNN.

As soon as next week, the White House is set to begin reaching out and potentially meeting with possible candidates, a move meant to highlight what the President said would be a “rigorous” process to consider “one of the most serious constitutional responsibilities a President has.”

Biden has vowed to announce his nominee by the end of February, as Breyer has said he will step down at the end of the term. Senate Majority Leader Chuck Schumer has promised swift confirmation hearings, something Republicans have already indicated they’d like to slow down.

Up to them, the Black women leaders would see that doesn’t happen.

“We are urging the U.S. Senate to fulfill its constitutional responsibility by swiftly holding the hearings and bringing your nominee, once announced, to the floor for a confirmation vote,” the letter to Biden said.

“They say that the moral arc of the universe bends towards justice, but it don’t bend by itself, right?” Rep. Terri Sewell, the first Black woman from Alabama elected to Congress, a lawyer and former clerk for Alabama’s first Black federal judge, told CNN in an interview.

Sewell said she’s sure all Black members of Congress will be “extremely vested in making sure that the nominee gets a fair hearing and that the nominees name is not sullied in the process.”