Latest News
Home /Pakistans parliament votes in opposition leader Shehbaz Sharif as Prime Minister – CNN
Sharif, the former chief minister of Punjab province and younger brother of three-time prime minister Nawaz Sharif, is set to serve as prime minister until the next general election, which is expected to take place in 2023.

Shehbaz Sharif, leader of the Pakistan Muslim League-N, was set to go up against former foreign minister Shah Mahmood Qureshi, who was nominated by Khan’s political party, Pakistan Tehreek-e-Insaf.

But on Monday afternoon ahead of the vote, all of Khan’s lawmakers, including Qureshi, resigned en masse in protest over the proceedings. Sharif received 174 out of 342 votes in parliament.

Shehbaz Sharif’s appointment comes after widespread protests in support of Khan erupted across Pakistan late Sunday. Tens of thousands took to the streets in key cities, including Lahore and Peshawar, to support the ousted leader. They chanted slogans against the United States — which Khan had claimed was involved in a conspiracy against him — and the country’s powerful military, which had seemed to withdraw its support from him.

Against this backdrop of political turmoil and a crumbling economy, Shehbaz Sharif now faces a challenging period as the country’s leader. 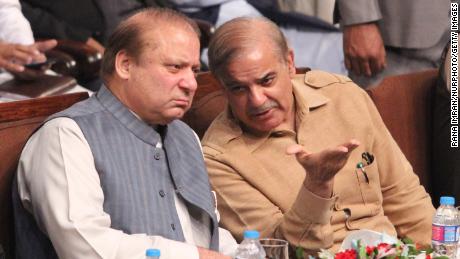 Unlike Khan, Shehbaz Sharif has maintained an amicable relationship with the military and was a popular chief minister of Pakistan’s politically important and most populous province of Punjab.

He was lauded for his ambitious administrative and infrastructure projects in the province, which saw advances in the education and industrial sectors.

Shehbaz Sharif was instrumental in driving the multibillion-dollar China-Pakistan Economic Corridor, a part of China’s Belt and Road Initiative, and maintains a positive relationship with Beijing.

A member of the wealthy Sharif dynasty, which amassed millions by producing steel, his family was mired in scandal after his brother Nawaz Sharif was sentenced to 10 years in prison and handed a $10.5 million fine over corruption charges in 2018. 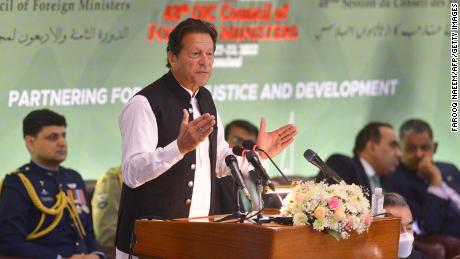 In recent months, Shehbaz Sharif had led a campaign to remove Khan as Pakistan’s leader over claims of economic mismanagement and poor governance. Along with the opposition, he had urged Khan to resign ahead of a no-confidence vote that was widely expected to dismiss Khan.

Tensions smoldered for days, with Khan repeatedly rejecting the criticism and instead claiming the moves against him were an attempt at regime change backed by Washington and some members of the opposition. The allegations were denied by both the US State Department and the Pakistani opposition.

In a dramatic series of events, the deputy speaker in parliament blocked the no-confidence vote against Khan. Khan then dissolved parliament and called for early elections. The opposition challenged Khan’s moves in Pakistan’s highest court, with Shehbaz Sharif calling them “nothing short of high treason.”

The court ruled last week that the blocking of the no-confidence vote against Khan was unconstitutional, paving the way for Shehbaz Sharif’s rise to power.